Thousands of Central Americans arriving at the U.S. border cite violence as the main reason for fleeing their countries. However, El Salvador—one of the most dangerous countries in the world—turned a new leaf in 2020 with the lowest number of homicides in decades, according to panelists at “Violence in El Salvador: Which Way Forward?” a virtual talk organized by the Duke Center of International and Global Studies (DUCIGS).

According to Breda, “In 2015, El Salvador was named murder capital of the world with a murder rate of 103 homicides per 100,000 inhabitants, which was a result of the cease fire agreement broken in 2012 between the government of former President Mauricio Funes and criminal gangs. An all-out war started between the state and the gangs, which made the country very turbulent.”

He then highlighted current President Nayib Bukele’s role in curbing gang violence. “In the political realm, he presents an anti-establishment,
anti-corruption discourse, which earned him the presidency in 2019 and a 2/3
majority in the legislative assembly…He established himself as a pragmatic
interlocutor that gangs can deal with.”

“What we are experiencing and what the Crisis Group analyzed is this drop in homicides that started before Bukele took office and continued steadily and brought 2020 as the least violent year in decades. It is mostly the result of an informal understanding being progressively built between the gangs and the government and a sort of non-aggression deal where both sides are decreasing the use of violence.”

"… what the Crisis Group analyzed is this drop in homicides that started before Bukele took office and continued steadily and brought 2020 as the least violent year in decades."
Tiziano Breda
Crisis Group Analyst

Steven Dudley, who has conducted research on MS-13 gangs, highlighted the difficulty in collecting homicide data. “At Insight Crime, we looked at hundreds of judicial cases in a rural space and a highly urbanized space in Guatemala City. Almost from the onset, we realized we don’t have the information that we need in order to properly empirically measure this. It’s the same problem we confront when we look at the situation in El Salvador. We don’t have any empirical evidence, as investigations don’t proceed far enough for us to really understand and attribute with any confidence gang-related violence in that space… We’ve seen reports of them inside the attorney general’s office, and they attributed anywhere between 50 to 60% of homicides to gangs and gang-related activities.”

Dudley continued, “The second issue is that gang violence itself is often presented as haphazard or irrational when, in fact, there is a very deep logic behind it, and there are strict rules regarding gang violence in El Salvador. The third point is the fact that large portions of these victims are gang members themselves. It’s killing themselves between rivals, and within the gangs themselves. There is a tremendous amount of internal violence.”

“Most gang members leave when they age out… The second way is to flee, and a lot of them flee. We get a lot of asylum cases in the United States. The third way, which is probably the most the celebrated way, is going out via the evangelical church.”
Steven Dudley
Insight Crime

Dudley concluded by pointing out the challenges of leaving the gang. “Most gang members leave when they age out… The second way is to flee, and a lot of them flee. We get a lot of asylum cases in the United States. The third way, which is probably the most the celebrated way, is going out via the evangelical church.”

According to Kay Andrade-Eekhoff, who lived in El Salvador for more than 25 years and worked with Catholic Relief Services, measures to address gang violence should focus on relationship building and community-level measures. “I think it’s absolutely something to celebrate when homicides go down. However, there are other things to think about when that happens. With the period where we saw the dip between 2012 and 2014 in homicides, on the ground in communities in which programs were working, they saw an increase in insecurity and greater control by gangs and police. That raises the issues of what do we want to put in place of the homicides that we’re seeking to reduce, and what does that look like.”

She recommended approaches such as forming support groups, teaching parenting skills, and working with men and new masculinities, specifically individuals that have also been victims of violence and those that have been perpetrators of violence.

Andrade-Eekhoff added, “There’s some really interesting programming that has been going on in the last several years… some programming that addresses relationships – intrapersonal, interpersonal and on a community level so that people can learn new behaviors. Continuing to arrest people and put them in jails is not going to do so, we need to start bringing in other things.”

“There’s some really interesting programming that has been going on in the last several years… some programming that addresses relationships – intrapersonal, interpersonal and on a community level so that people can learn new behaviors."
Kay Andrade-Eekhoff
Inter-American Foundation

Andrade-Eekhoff added, “There’s some really interesting programming that has been going on in the last several years… some programming that addresses relationships – intrapersonal, interpersonal and on a community level so that people can learn new behaviors. In my experience, incarceration-based approaches to security are not effective unless complemented with these individual psychosocial and community-based methods.”

Debra L. Gittler, whose organization works in schools and in communities, highlighted the role of education in transforming lives. “Much of the work that we do with young people who are experiencing the violence and trauma in El Salvador is about helping them navigate and tell their stories. And what that means is creating spaces of vulnerability and trust to talk about things that oftentimes aren’t spoken about, and the other thing is that fear and shame are so wrapped up together.”

“What we see in our work is how pivotal and important the role of school is. Besides the hospitals and certainly the prison system and the law enforcement system, it’s probably the biggest touch that most people in El Salvador have with their government,” added Gittler.

“Right now, as we’re thinking about reopening schools after COVID, I think there’s a real opportunity to consider cognitive behavioral therapy and social emotional learning. Right now, we’re at this pivotal point where the role of schools is so important,” said Gittler. “We do need to create more stories, not just opportunities. I think jobs are an easy way of talking about how to change a story.  With the young people that we work with and we’re working with very small children, being able to think differently about self and believe that your community thinks differently about you, is some of the most pivotal and critical work.”

In closing, participants spoke about the impacts of foreign aid programs aimed at decreasing gang violence. According to Dudley, it is important to understand that “gangs are social organizations first, and they are criminal organizations secondly. What binds them is the social. You can’t arrest your way out of a social problem like this.”

Andrade-Eekhoff stressed the importance of co-designing projects. “As part of the process for funding, it is vital to bring in the actors that are going to be impacted…and co design something and not base that off of what we’re going to offer and how we’re going to do it.”

Gitler stressed the need to implement long-term solutions. “if we’re talking about organizations that are socially structured, that are based on trust and loyalty, fidelity and knowledge of each other, we cannot continue to bring outside people in and expect that trust to happen overnight.”

The event was co-sponsored by the Duke Center for International Development (DCID) and the Center for Latin American and Caribbean Studies (CLACS) at Duke.

Read more about migration from El Salvador in a background brief by Piotr Plewa, an adjunct instructor at DCID within the Sanford School of Public Policy. 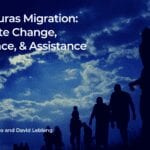 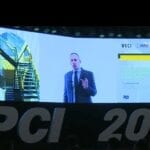