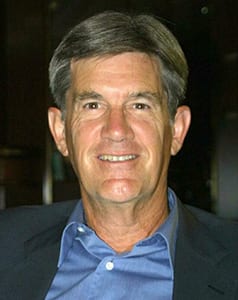 “I will always remember him with fondness and gratitude for what he imparted to us – not only knowledge, skills and expertise, but also the right attitude and grounding,” said Stanley Phiri (MIDP ’01), director of Child Protection and Child Affairs at the Malawi country office of Save the Children. “He had a great deal of influence on how I have come to look at the world of development and what I have become.”

From 1990 to 1999, VanSant directed the Research Triangle Institute’s Center for International Development, providing technical services in policy support, public finance and management, education, health and environmental policy. During his time at RTI, VanSant saw the center’s staff grow from 15 to 100.

Previously he served for three years as the resident director of a national development program in Indonesia, working on grass-roots efforts in areas such as water and sanitation, maternal health and community development.

“I have a sense from talking to students over the years that they appreciate when we can provide real-life examples from our own experiences,” VanSant said. “The pragmatic aspect – what works and what doesn’t work – is helpful to them as development professionals.”

Since 1978, he has completed over 70 consulting assignments in 26 countries for private sector corporations, the World Bank, the Ford Foundation, the U.S. Agency for International Development, the U.N. Development Program and nonprofit organizations. Most of these focused on promoting more efficient organization and management.

“I really enjoy helping organizations become stronger and perform better,” VanSant said. “It comes down to leadership, learning and autonomy – the ability to create one’s own mission and act on it without too much external interference.”

I will always remember him with fondness and gratitude for what he imparted to us – not only knowledge, skills and expertise, but also the right attitude and grounding. He had a great deal of influence on how I have come to look at the world of development and what I have become. – Stanley Phiri (MIDP ’01), Save the Children, Malawi

In VanSant’s courses on strategic management and organization at DCID, he focused on helping students communicate more effectively and build strong working relationships with their team members.

“He really did an incredible job of making sure everyone’s opinions were valued and that everyone felt comfortable sharing their perspectives in class,” said Christa Twyford-Gibson (MPP ’07).

He also helped several international scholars who conducted research at Duke University. Jun Xu, a visiting scholar from China, said that he not only provided guidance on her research and helped her arrange interviews with local NGOs, but also made her feel she “had a family” in Durham, N.C.

“He is a very warm-hearted mentor,” she said. “He often invited me, my daughter and my husband to have dinner with his family, and often drove us to visit attractions and taste food in Durham.”

In addition to his contributions in the field of international development, VanSant has dedicated his time and talent to a variety of community causes. He has served on several nonprofit boards including the United Way, the Chapel Hill Library Foundation, the Bald Head Island Conservancy, and the Latin America Resource Center. He also served as president of North Carolinians against Gun Violence.

Although VanSant said he originally had no plans to teach before joining DCID, he has worked longer as a professor than he has in any previous position. The best part of his 15 years at DCID, he said, was hearing mid-career professionals in the MIDP program share their knowledge and experiences.

“I think my role has been more of a facilitator than a teacher,” he said. “The class is a success when we learn from each other.”