Dr. Maureen Lempke, who is a specialist in urban planning and land issues in conflict-affected areas, had offered to teach her popular “Land Matters” course again for the Master of International Development Policy (MIDP) program here at Sanford. But distance (Lempke lives in Springfield, Massachusetts) made the prospect too costly. That’s where the MIDP staff stepped in to propose a “hybrid” program that would blend in-person lectures and online sessions as a mini (1 credit) course. The first and last sessions would be in person, and the middle two would be remote.

“We recognized that if we wanted to try to branch out to new territory, we needed to figure out how to run and manage online classes,” noted Stephanie Alt Lamm, associate director for MIDP. “We reached out to Maureen and she was willing to try it, and Cheryl stepped up to be the staff lead. It’s not part of her job description but she willingly took on the extra work to help DCID and MIDP move forward.” 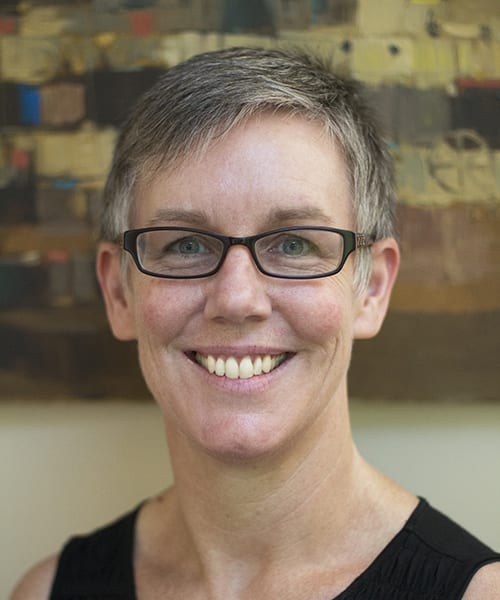 For Bailey, it made sense to volunteer. “On the admissions side, lately I’ve been getting more and more requests from applicants about whether we have any distance learning options, so I’ve been curious about what was possible. I’ve also just finished up my own PhD in a hybrid program, so I think I was well-suited to explore this pilot,” she added.

In preparation, Bailey spent several days researching platforms and techniques, even taking a full-day training with Duke’s Office of Learning Innovation. “We had actually been leaning toward WebEx, since we’ve used it for other purposes. But once I was introduced to Zoom, which had the recommendation of the OLI staff, we decided to go that direction.”

Jenny Ospina-Gaitan, who has worked as the MIDP arrivals coordinator last summer and continues to work for MIDP on a part-time basis while she finishes her graduate degree at NC State served as a technical assistant for the course. She helped set up and test the technology, and she and/or Bailey attended each class in order to support Lempke.

Of course, like all pilot programs, there were some bumps in the road. “The first remote session, we had audio issues—even in the Link lab, one of the more advanced tech rooms at Duke.” Following that experience, the team decided that the second session should allow fellows to login from anywhere and join the class. This improved the virtual experience greatly, and moved the class closer to the true essence of hybrid learning.

The student evaluations aren’t yet in, but Bailey thinks that no matter what, it was an important pilot and the feedback will help set the team up to try again. “Now that we’ve done it once, we’ve got a good base to explore it further.”

Despite this project taking Bailey well out of her defined job duties, she said she’d love to keep exploring and improving it on behalf of DCID. “There’s a lot of potential, not just for MIDP but perhaps for Executive Education, too. Faculty are understandably nervous and careful about ensuring that content isn’t impacted.  So, it really would take a team effort, with a lot of staff support, to ensure that we can take advantage of the tremendous opportunity that technology presents.”