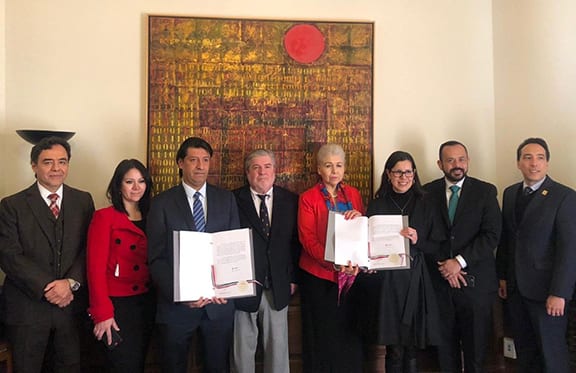 Susana Garcia Garcia MIDP ’14 was in the midst of a legal career with government of Mexico when she realized she needed to go back to school. However, as a skilled and experienced lawyer, she needed the right program to bolster her strengths and equip her with the tools necessary to move forward. That was when she found Sanford’s Master of International Development Policy (MIDP) program.

“I only applied to the MIDP because it was the only one I thought would fit my needs,” she remembered.

“It was for people who had six to ten years of working experience. They [other students] really know what problems governments are facing. It was a different approach; I really liked it.”

Garcia started her career working for the Mexican government, eventually finding her way to the National Institute for Transparency and Access to Information.

As an international lawyer, her first major case came against PEMEX, Mexico’s state oil company, which was denying information to citizens on how project monies were being spent. Her office litigated the case against PEMEX and eventually won, resulting in the passage of the Access to Information Act. Now Mexico is ranked first in Latin America for access to information.

Even after such a monumental win, Garcia felt that something was missing.

“I wanted to help the most vulnerable of my country. I was interested in public policy and I wanted economics and statistics tools. Many lawyers don’t think outside the box, and I found myself missing this part,” she said.

Garcia was accepted to Sanford’s MIDP program, and her final project stemmed from her earlier work in access to information in her home country.

“I found that even if Mexico was providing all this information, when you realize that not everybody has internet or a computer, a post-graduate or graduate degree, the main problem was that people didn’t know how to use this information. They see it as abstract and intangible.

“I found out that the problem was really a public policy problem. I found ways to make the information more accessible, letting people know that they can ask for information and proposing ways in which they could use it. I learned how to use a lot of tools that lawyers don’t normally use.”

After graduating, Garcia was hired by the Inter-American Development Bank in Washington, D.C. as a consultant. For the next couple of years, she worked for the IDB and World Bank in many capacities.

She created transparency profiles of governments in the Northern Triangle of Central America, drafted final recommendations for the Sanctions Office for when corruption or collusion was found in government projects, and identified corruption risk points in the public procurement processes.

“You could find patterns: that the government knew the enterprises who were going to present the bids and gave them procurement papers beforehand so they could prepare, or provided very little time for the presentation of bids or the evaluation process. Through statistical analysis you could find these patterns repeating and find where they colluded. I really applied the tools and knowhow that I gained at Duke,” she said.

Then Garcia was hired once again by the Mexican government to lead a massive anticorruption initiative back in Mexico. She was in charge of creating a singular national digital platform used to cross check information from several existing databases and identify corruption. She also procured funding from the IDB to begin the first nationwide study to assess government procurement processes.

“It was huge. It was really the first time that this was assessed in Mexico. We found out a lot of things. Around 70 to 80 percent of bidding processes were awarded directly, there was almost no competition. The system had the capability of finding corruption but wasn’t using it. There was also a necessity to make local governments comply with federal laws. I was really happy achieving this.”

Garcia recently moved back to the United States to work again for the IDB to finance a similar assessment in Peru, as well as help write the Latin American and Caribbean Public Procurement Guide. Both will be published shortly.

In July 2019, Garcia was hired as a diplomat, and is now serving under the first secretary to the Permanent Mission of Mexico before the Organization of American States. She oversees many of the issues she has worked on her entire life, such as corruption, access to information, and conflicts of interest. She also has the cases in front of the Inter-American Commission on Human Rights.

Garcia cites the skills she gained at Sanford for giving her the ability to work in this sphere, and attests to the well-rounded nature of the MIDP program curriculum.

“These economics and statistics tools should be mandatory in all social science careers. Another tool that was really helpful was understanding development. A lot of people working in the government don’t know what a majority of people in their country are experiencing or know the problems of the most vulnerable populations.

”You need to involve all stakeholders. No matter the number of good laws you issue, if they are not involved, it’s never going to happen or benefit them. You have to empower the local people. That’s the most important thing for public policy.” 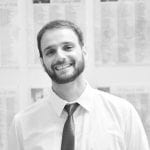 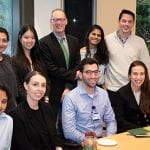