Selim Selimi (MIDP ’10) on Pursuing Justice in a Young Republic

Selim Selimi, MIDP ‘10, was recently appointed the Minister of Justice for Kosovo. The story of Selimi’s career starts with Kosovo’s war for independence from 1998 to 1999. Kosovo emerged with deep wounds caused by the deaths of approximately 10,000 civilians, the displacement of hundreds of thousands, and sexual violence against an estimated 20,000 Kosovar women. Selimi, 17 years old at the time, became one of those displaced by the violence when forced to flee his home in Presevo, a town in southern Serbia with an Albanian ethnic majority. “I had to leave my home and my parents and go to Macedonia because 18 year olds such as myself were being tortured or disappeared. Many were killed. So I became a refugee. I was there by myself for months and months. I didn’t hear anything from my family.” 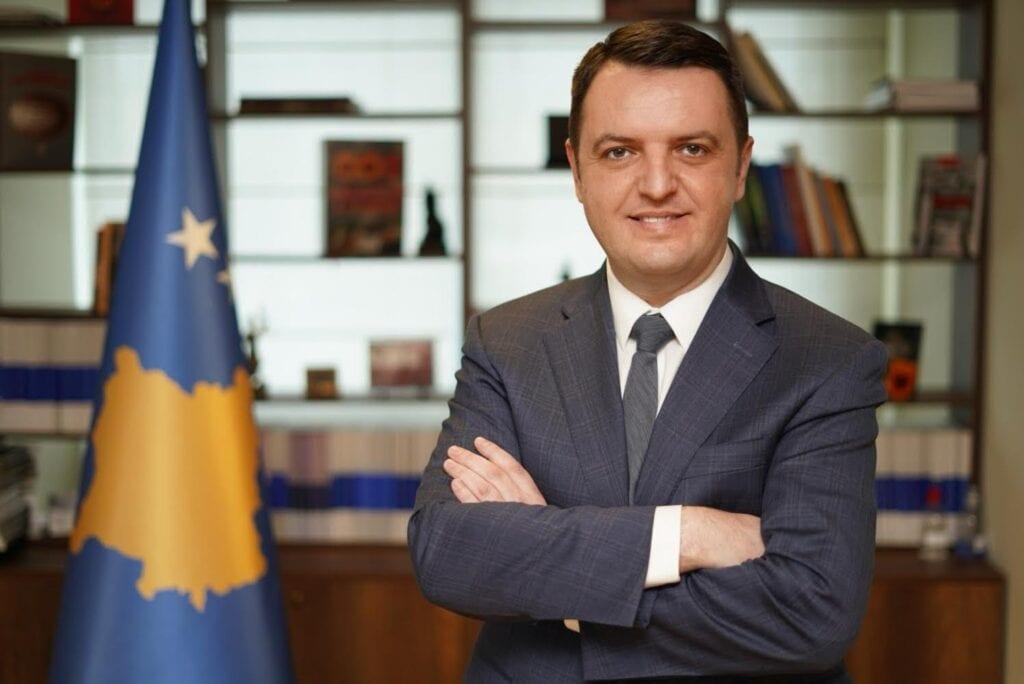 “It was a difficult time, but opportunities arose when the war ended… A new country emerged, a new people emerged.” Selimi is a lawyer and began his career working for a police school first as a translator and then as a lecturer of criminal law and criminal procedure, eventually becoming director of curriculum development. He continued to seek opportunities to further his expertise and was accepted into the Kosovo-America Education Fund which selects and pays for young Kosovars to receive an education in the United States.

Having grown up being influenced by American movies, music, and culture, Selimi greatly enjoyed the chance to come to the United States to study. “For me, it was starting from scratch… There was a lot of personal engagement into tasks, a lot of reading, and a lot of deduction from all that reading into papers.” He noted Duke’s emphasis on critical thinking rather than memorizations proved especially important to him.

He also saw that MIDP is more than just academics but an “amazing community” where people help each other. “Many students who were my seniors would offer their help and advice without being asked. The way the professors work with their open offices helped greatly with truly understanding issues and developing an opinion on these issues.” The diversity of his MIDP peers and the Duke community broadly introduced Selimi to “different perspectives from different nations and good people from all around the world. This is also part of that experience. Not only the education, but also these connections and this network you build.”

The versatility of MIDP and its wide range of electives allowed Selimi to pursue those topics that were specifically interesting and helpful for him and his career including classes at the Duke Law School. He gives great credit to the core Policy Analysis course as “the backbone of my post-graduate degree” and identifies Professor Catherine Admay’s courses as especially influential. Admay was Selimi’s academic advisor on his master’s project, and he remembers her fondly as “a very tough professor but also very kind. She was a big part of my academic and personal development, and we became friends.” His thesis focused on legal empowerment of the poor, analyzing a variety of policy interventions attempting to address this inequality. It especially focused on the policy intervention from the Commission on the Legal Empowerment of the Poor and the United Nations Development Program (UNDP).

During his time at Duke, Selimi worked for the UNDP Bureau for Crisis Prevention and Recovery in Geneva, learning firsthand “how to implement those tools we learned at Duke in developing countries.” After MIDP, Selimi returned to Kosovo and began working for the Department of Justice as an advisor in the office of the prosecutor on organized crime and drugs. Then he shifted more into policy work, becoming a project coordinator for UNDP in Kosovo’s parliament, working on a project focused on social inclusion in the legislative branch and legislative process. After this project, Selimi became a legal advisor for President Atifete Jahjaga for three years. Following his time in the president’s office, Selimi worked for a short time in the private sector as an attorney but returned to government as a legal advisor and then Chief of Staff for the Prime Minister. In the most recent elections, Selimi became the Minister of Justice in the current government.

One of the effects of the Covid-19 Pandemic beyond the immediate public health crisis has been a 33% increase in domestic violence in Kosovo. In response, Minister Selimi has directed the Ministry of Justice to launch a project together with civil society and the private sector to address it. This project seeks to provide shelters for survivors of domestic violence and provide them with employment opportunities so they can become financially independent.

Minister Selimi has also led a push to amend the Criminal Procedure Code. “For the first time we have introduced articles to fight corruption.” In pursuit of justice related to crimes committed during the Kosovo War, the has also introduced “prosecution and trial in absentia because many war criminals who are now walking freely in Serbia were never prosecuted and tried for what they did.” Also in response to the Covid-19 Pandemic, the Ministry of Justice has been pursuing the use of video teleconferencing (VTC) in legal proceedings to ensure the safety of those involved while also continuing to carry out the crucial functions of the justice system.

Minister Selimi’s efforts go beyond criminal law. “I’m also proud that we have managed to, together with the USA, finalize the Commercial Court Law. This is a new pillar of our justice system where all the business and people dealing with the economy will have one address, one commercial court to go to.” He has also been involved in international efforts, being appointed as a designee in dialogues with Serbia that took place in Washington, D.C.

Selimi is proud of the progress that Kosovo has made in the two decades since the war, but remains aware of many issues. “We have sound institutions but there is still a lot of work. The dialogue with Serbia is something we need to finish. We have been very discriminated against from the EU because we fulfill all the conditions, but we are the most isolated country in Europe. We also need to work a lot on having better laws but also having better implementation of these laws. In foreign policy, we still have five countries in the EU that do not recognize us. A lot depends on the dialogue with Serbia and the comprehensive legally binding agreement that we will sign with them.” Despite all of this, he remains optimistic about the future. “The big advantage of Kosovo is the high number of young, enthusiastic people… A lot of these young people come back [after pursuing an education elsewhere in Europe or in the United States] and they are now entrepreneurs, they work for companies abroad, they have successful companies here, they also work in institutions. This young spirit of Kosovo is very inspiring. A lot of work has to be done but we’ve done something good.”

Minister Selimi remains optimistic about 2021 for both Kosovo and the world as vaccines roll out and we begin to recover from the pandemic. He had a message especially for the United States in light of his personal respect and admiration for the US.

“I know your country has gone through a lot recently, just know there is a nation that is certain that America always heals itself, improves itself, and for three hundred years is always a state in the making which is very admirable.” 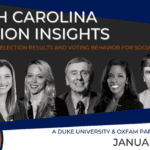 Next:
Duke policy experts weigh in on U.S. presidential election and voting behavior at Oxfam event