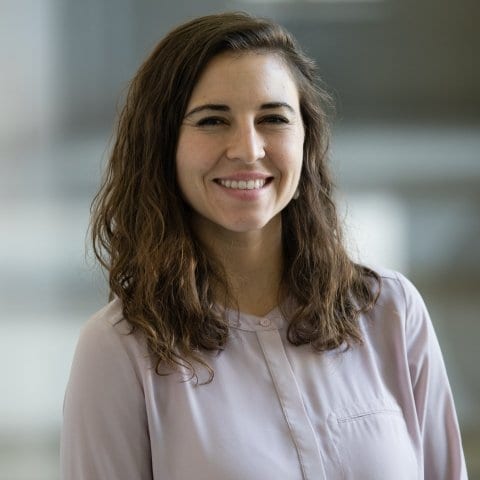 Rachel Schmidtke (MIDP ‘18) currently works as an Advocate for Latin America at Refugees International. Prior to the COVID-19 pandemic, Schmidtke’s work involved frequent travel throughout Latin America to gain a first hand understanding of the situation faced by migrants and refugees. Now, rather than planning field missions, Schmidtke finds herself being forced to change tactics. She credits MIDP with preparing her for the difficult task of connecting with local partners and pursuing development based strategies.

Growing up with a father who worked for USAID and an immigrant mother from Costa Rica, Schmidtke always felt like hers was an “international household.” A career in international relations, especially focused on Central America “was sort of in my blood.” This tie between her identity and her career helps Schmidtke see every aspect of her work in relation to the real individuals she impacts. After spending time working for USAID, the Peace Corps, and the World Food Program, Schmidtke decided to pursue her interest in immigration and international development issues. She enrolled in DCID’s MIDP program, supported by the Coverdell Fellowship for returned Peace Corps volunteers.

During her time at Duke, Schmidtke’s masters project focused on “preventing sexual and gender-based violence against Central American female asylum seekers at Mexico’s southern border.” Because of ongoing problems with Mexico’s asylum process, “people were waiting for months at a time at Mexico’s southern border.” While a tragic circumstance for everyone involved, this situation poses especially increased risks of sexual and gender-based violence for these asylum seekers. Schmidtke’s work has recently given her a chance to once again focus on Mexico in pursuit of “procedural, practical fixes to make the Mexican asylum system better.”

While working on issues of immigration and asylum seekers in Latin America, Schmidtke has witnessed the compounding difficulties brought on by the COVID-19 pandemic. “From an international development perspective the poverty rates are increasing across the region” with Latin America facing a “9.1% economic retraction.” As with many issues, the personal consequences of this economic crisis are being felt especially strongly by those “who are either likely to migrate or have already been displaced.” Schmidtke specifically identified increased risk of “evictions, falling deeper into poverty, violence, and gender-based violence” among this already at risk population. “We’ve actually seen the Venezuela crisis about 100,000 who have left Venezuela for Colombia, Peru, and Ecuador went back to Venezuela” because of the economic difficulties in their host countries. “Development is a key part of all of this. It’s a core part of ensuring that people don’t feel the need to flee their home countries. If we’re able to invest in long term programs that allow people to find prosperity in their home countries, find security in their home countries, and provide for their children” we will begin to find long-term solutions for many of these problems.

“I really wish people understood the difficulties that refugees and displaced people in general face, and that people who are coming to the United States to seek asylum to be resettled fled very tragic and serious situations. They’re not coming because they want to freeload off our societies, they’re coming because they want to be contributing members to their host communities. Refugees are an economic boon to host communities. I wish people understood that better and saw displaced people as an opportunity to diversify their economy, diversify their culture, and view them as a good thing rather than a burden.”

Reflecting on her time in the MIDP program, Schmidtke focused on the mid-career nature of the program. “I had already been working in the field for a bit so it was nice to be around people who also had really valuable experiences.” The classes were “life changing,” expanding Schmidtke’s understanding of specific topics while also equipping her to understand new issues as they arose. She also took advantage of the option for MIDP students to take classes from Duke’s other graduate schools. Schmidtke attributes a class taken through Duke Masters of Public Policy (MPP) as giving her “connections in Latin America” and greatly influencing her masters project.

The other students in the MIDP program also widened Schmidtke’s understanding of the world. Regarding the diversity of her MIDP peers, she remarked how her experience at Duke changed these “countries in the world that you hear about or see on a map but you’ve never met anyone from there” into real places. Schmidtke remembers discussing the 2016 election with other MIDP fellows and subsequently deepening her understanding of political situations around the world through their personal perspectives and experiences. These connections have not ended now that Schmidtke and her peers have finished the MIDP program, as the Duke Alumni network remains active. “It feels like a family.” The Coverdell Fellowship network, and the returned Peace Corps volunteer network in general, similarly goes beyond just professional connections. Schmidtke remarks how she has already “been to a few weddings of MIDP fellows that were also Coverdell Fellows.”

“I had an idea of what I wanted in mind for my career, and through the two years of being at MIDP it changed pretty dramatically for the better.”

The classes, faculty, and fellow students gave Schmidtke the opportunity and support to “explore my passions more.” Speaking to current and prospective MIDP Fellows, Schmidtke says to “take advantage of the opportunities of events, speaking engagements, and networking events… the coursework was invaluable but the networking is what got me a job in DC within three weeks of graduating.” And with the importance of connections in mind, she also suggests students “have a little fun too. It’s a really intense program… but it’s also about making those connections with people and getting involved in the Durham community if you can.” 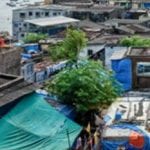 Next:
Roy Kelly is lead author on the Property Tax Diagnostic Manual published by World Bank