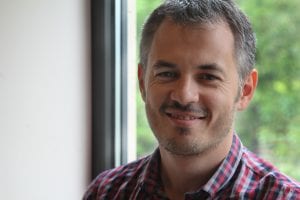 I grew up in Prishtina, the capital of Kosovo. I went to high school there and then went on to get my undergraduate degree in political science at the American University in Bulgaria. My natural inclination is toward political science; I have always been socially engaged, even since my youth.

We had a lot of momentum in Kosovo- after the war ended and we declared independence, there was a lot of room and thinking about what was next, and that’s what got me into development. So I started working for donor projects, and eventually I was running programs. Then I won the Kosovo American Education Fund scholarship. I came to Duke to complete the MIDP degree, which was a wonderful two years, and then came back to Kosovo where I’ve been working in the development sector for the past seven years and using as much of this knowledge as I can.

I focused on governance while I was here, but I am now more of a generalist and can work on multiple areas- from social policy, competitiveness, and other areas. In fact, I have been a freelance consultant for the past 5 years. No office hours. No office! However, I’ve had the chance to work on a number of projects, including working as the lead writer for the national development strategy of the country. There were several writers working on it, but as a generalist, I was the one gathering all the pieces to put it all together.

The topic of governance was my key focus while I was in the MIDP program at Duke. Phyllis Pomerantz and her courses were essential in getting me to understand development from a spatial and time perspective. When you’re working in a developing country, it’s easy to get frustrated by the day to day, but here I was able to step back and look at things in perspective and context. The MIDP program really helps you look at the big picture of development.

As I look to my next projects, I am making a shift. When we started thinking about development in our country after independence, we thought our political problems had been solved, but now we are seeing the return of the political … with a vengeance.

When you’re working in a developing country, it’s easy to get frustrated by the day to day, but here I was able to step back and look at things in perspective and context. The MIDP program really helps you look at the big picture of development.

So I am now going back to my political science roots and looking at democratic backsliding, which is a hindrance to development.  I just started a fellowship with the National Endowment for Democracy in Washington, D.C. where I am specifically looking at how to build democratic resilience, with a focus on the Balkans. It’s hard to get people to think about development when the political situation overshadows everything.  My work has shown me that democracy and development are deeply interconnected. 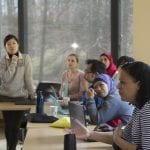 Previous:
Inside the Sanford School Community 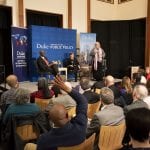 Next:
Justice Dikgang Moseneke at Sanford