DCID faculty affiliate Subhrendu Pattanayak and colleague Jennifer Orgill-Meyer have published a study in World Development that brings them back to the Indian state of Odisha, where they uncover a link between village-level sanitation and improved cognitive scores in girls.

Poor sanitation has large negative impacts on environmental quality, health, and well-being. Sanitation infrastructure is particularly lacking in India, where in 2011, 66% of households did not own a toilet. Inadequate sanitation is a large contributor to diarrheal-related diseases, which cause 300,000 deaths in Indian children each year. We exploit an experimental sanitation campaign in rural Odisha, India to examine the relationship between sanitation improvements in early childhood and long-term cognitive development. We build on literature linking child health improvements to cognitive development and labor market outcomes and show that improvements in sanitation coverage can have large human capital returns. Using treatment assignment as an instrument for village latrine coverage, we find that children who belonged to a village with higher latrine coverage scored significantly higher on a cognitive test measuring analytic ability ten years later. We find that this effect is much stronger among girls than boys. 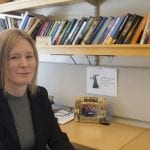 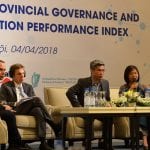