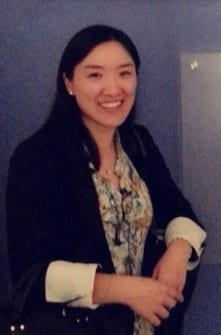 Youra Kang, 2012 graduate of the Master of International Development Policy program and employee of the Export-Import Bank of Korea (Korea Eximbank) in Seoul, was recently seconded to the Inter-American Development Bank (IDB) in Washington, D.C. for a three-year term by her employer.

“Once you have worked for a while and feel you can adjust to a new environment and communicate well, you can apply for this position,” she said.

The IDB invests in both public and private projects that are likely to have a positive impact – whether economic, social or environmental – in companies and countries in Latin America and the Caribbean. In her new position at the IDB, Kang focuses on project appraisal, loan negotiation and documentation. One of the projects she is working on is a project to invest $4 million – with an additional $4 million from the IFC – in a South Korean company that is expanding its textile operation in Haiti. The expansion is projected to create 4,500 jobs in an area that is still devastated by the earthquake of 2010.

“Very few banks want to invest in companies that operate in Haiti, which has a particular need for long-term financial investment,” she said. “It is also expected that the company will hire significantly more women than men, contributing to greater gender equality in the workplace.”

Kang has spent half of her 10 years at Eximbank in the banking sector and half in the development sector. In the banking sector, she extended direct loan and guarantee programs for small and medium-sized Korean enterprises, executed financial transactions in the Korean bond market and the money market, assessed the credit risk of Korean private companies and prepared market and industry analysis reports.

After joining the IDB, she found that her background in banking made her more effective as a development practitioner, since it allowed her to evaluate the financial benefits of projects and better support the private sector, which is increasingly more involved in the development arena.

“Developmental projects need to be sustainable and have economic impact,” she said. “To design, appraise and implement projects better, financial and economic analysis skills and capability to understand markets and industries are necessary.”

In order to master the skills needed to become a more well-rounded development professional, Kang decided to enroll in the one-year MIDP program in 2011 in the middle of her career.

“I started with the practice part first, but needed the theoretical knowledge,” she said. “Compared to other schools, I thought DCID had a more practical focus and was targeted more toward mid-career professionals like myself.”

Enrolling in the program was one of the best career decisions she has made, Kang said.

“I have been able to apply development theories and technical skills I have learned at Duke to my work,” she said. “The MIDP program is also very relevant to the ever changing world, because the faculty are not only equipped with technical knowledge but have a lot of practical experience implementing development projects.”

The summer after her graduation, she agreed to an unpaid internship at the IDB just to have the experience of working with the institution. She believes the summer she spent at the IDB was helpful in winning her current appointment, she said.

She also benefited from the international perspective she gained from her work and the MIDP program, through numerous business travels to developing countries, experience in international relations, and a network of friends and colleagues worldwide. Kang’s international experiences also encouraged her to learn Spanish, which she still studies today.

“My friends from Latin America tell me I’m the Korean with Latin blood,” she said with a laugh.

“I still exchange emails and share ideas about development challenges with my MIDP fellows and meet with them on my business and personal trips,” she said. “The people I met through the program are the most valuable asset that I gained at Duke.”