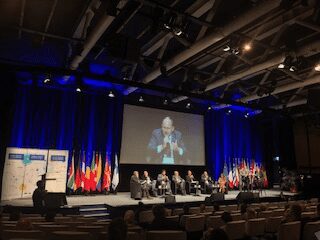 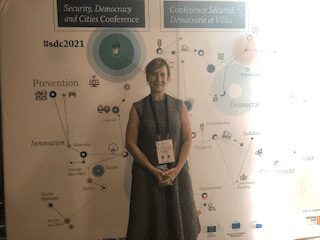 Maureen Moriarty Lempke, Duke Center for International Development (DCID) senior fellow and adjunct professor of practice, presented at the 2021 Security, Democracy and Cities 2021 conference, organized by the European Forum for Urban Security (EFUS) in Nice, France. EFUS is the only European network of local and regional authorities dedicated to fostering discussion, cooperation and support in the fields of crime prevention and urban security.

During the three-day event held October 20-22, Lempke hosted a focus session on a unique collaborative learning approach that combines rigorous analysis and evidence-based methodologies to better understand and prevent urban violence. The workshop was also designed to solicit participants for research on urban violence.

“Urban security refers to various forms of crime such as human trafficking, organized crime, sexual violence, violence against vulnerable groups and minorities, vandalism, violent radicalization and terrorism, as well as an actual or perceived lack of security,” Lempke said. “Understanding threats to urban security requires an objective, evidence-based assessment of vulnerabilities, and I have been cultivating awareness of urban security platforms and initiatives in the United States.”

“The highlight for me was to see local governance representatives and officials sincerely working to uphold democratic and human rights principles in an effort to provide safety, security, and peace in their respective cities,” she added. “The European approach strives to be integrated and holistic. In turn, the European Union is coming to understand that urban security is national and regional security.”

Her presentation also led to an invitation to join a European working group. “To my great surprise, I was asked to become a US Delegate to the EFUS Working Group on the Roots and Impacts of Organized Crime in European Cities. I explained that I’m American, but they said they wanted a transatlantic perspective as well as someone with global experience.” 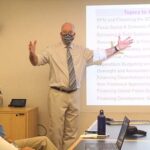 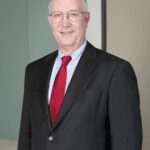