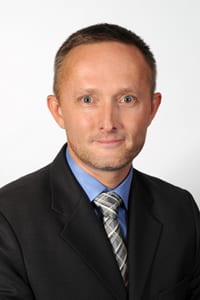 Peter Erben, one of the world’s leading electoral management experts, delivered the Rethinking Development Policy talk, “Prices and Perils of Elections in Fragile Democracies: Do They Affect the Political Stability and Development of Nations?” on Wednesday, Nov. 12.

Erben, who serves as senior global electoral advisor with the International Foundation for Electoral Systems (IFES), is one of only a few internationals ever called upon to direct national elections for other nations. He was the chief electoral officer and election commissioner of Kosovo and Afghanistan, directed large-scale out-of-country elections for Iraq and Afghanistan, and led initiatives in Pakistan, Myanmar, Syria, Libya and a range of other countries.

“There’s a crisis of credibility in democracy,” Erben, a self-described “nomad of democracy” and “election-geek,” said. Erben believes a major factor behind this crisis is corruption and money in politics.

“Unregulated money in politics is a cancer that is undermining the legitimacy of elections and democracy,” he said. “Governments are often influenced more by elites than by the people, and this is not just an issue in developing countries. Elites, to gain power and leverage, are targeting elections. We need to counter this with ever-evolving electoral processes that counter manipulation and fraud worldwide.”

Erben offered some examples of how countries and governments can limit money in politics, including banning or placing ceilings on political advertising, creating state-funded campaigning and prohibiting independent or undisclosed funding.

“There is too much money undermining the fairness of the political contest and many societies do not have systems in place to control this,” he said. “Countries should be more aggressive in regulating money in politics.”

Because the legitimacy of democracy is being impacted, so too is voter turnout. “Some people are getting increasingly disillusioned with democratic governance,” he said, “and express this by choosing not to participate.”

Erben also discussed the importance of youth participation. “One area where much more attention is needed,” he said, “and one of the places we have to have hope, is with the youth – but the electoral process as it exists seems entirely arcane to many youth today. Our challenge is to modernize this and draw in the next generation.”

When Erben was asked which election had been the most difficult to be a part of, he responded, “Afghanistan and Iraq were certainly among the most challenging I have contributed to, but they were elections that had to happen.” He also discussed the palpable democratic backsliding following the Arab Spring and in places such as Russia and Southeast Asia. “An unfortunate narrative is appearing among key western policy makers,” he said, “that there is an alternative to democracy, that we cannot support every democracy movement, and that in some situations it will have to be stability over individual freedoms.”

Regardless of his previous key roles in international elections, Erben warned, “In a societal desire for more honest and effective elected officials, we must not make the mistake of trying to place the electoral authority in charge of judging the virtues of political candidates, beyond the normal eligibility criteria, as this will politicize and even corrupt election commissions.” He added, “It is unrealistic to think that an electoral process can make up for failed broader institutional reforms.”

Prior to his presentation, Erben met with MIDP fellows from Chile, Peru, Mexico and India and contrasted his experience against the electoral and political situation in their respective countries.

Erben is currently based out of Indonesia, where he is also the country director of IFES. In 2008, he was knighted by the Queen of Denmark for his contribution to democracy worldwide.