“One of the lessons I had to take in: I was born a slave, I better not die a slave. I had to be my own liberator,” said Dikgang Moseneke, a South African freedom fighter who became Deputy Chief Justice and helped draft the country’s interim constitution after the fall of the apartheid government.

Moseneke spoke to a packed house at the Sanford School on Tuesday evening. He gave the Robert R. Wilson Distinguished Lecture in conversation with Catherine Admay, lecturer in public policy, and Karin Shapiro, associate professor of the practice of African and African American Studies. Both professors were born and raised in South Africa.

Before the lecture started, members of Duke’s Amandla Chorus welcomed Moseneke with a rendition of the South African national anthem, “Nkosi Sikelel’ iAfrika.” They were introduced by chorus member Zhuri Bryant PPS’22.

Moseneke was arrested at age 15 for opposing apartheid, the South African system of racial segregation and oppression. He was incarcerated at Robben Island, Cape Town, alongside fellow political prisoners Nelson Mandela and Jacob Zuma.

Shapiro asked Moseneke to explain the phrase “my own liberator,” which is also the title of his memoir.

“You cannot outsource the obligation to free yourself,” Moseneke said.

While in prison, after an 18-day hunger strike, Moseneke and others were able to create a soccer league with eight teams. It was named Makana F.A., after “a great African warrior imprisoned there who successfully escaped,” he said.

“We could not escape the duty to resist the designs of our oppressors. When the enemy says stand up, you sit. When they say sit, you stand. When the oppressor acts, it is always against your interest,” he said.

At Robben Island, Moseneke was part of an education project among the political prisoners. They got books by writers such as Tolstoy, Steinbeck, Adam Smith and Karl Marx. The covers were removed and pages passed along, 10 at a time. What they were doing was building “the intelligentsia of the revolution.”

“Where else would I have gotten an education like that?” he said.

During his 10 years in prison, he earned two degrees from the University of South Africa through a correspondence course, one a law degree. He began practicing law after his release.

“Why become a lawyer in such as unjust system?” Admay asked.

“It was part of the project of redeeming our society,” he said. Some of the released political prisoners left to join other organizations, convinced that freedom would only come through armed struggle.

“I chose to stay and work internally,” he said.

He provided legal defense for many political activists, including Winnie Mandela. Later, through the work of the Truth and Reconciliation Committee, he learned that “the government tried to kill me thrice.”

In 1990, the government released Nelson Mandela and lifted the ban on the anti-apartheid political party, the African National Congress, was lifted. That was unexpected, Moseneke said. They were prepared for a longer struggle. He helped to write the interim constitution in 1993.

“It was a privilege to reimagine the society that we all fought for, to be involved in writing it line by line,” he said.

In 1994, Moseneke was deputy chair of the electoral commission, and helped run the first national election after the fall of apartheid, which chose Nelson Mandela as president. It was not perfect, he said; there were too many ballots printed and not enough election boxes. But in the end the election was substantially free and fair.

“It was a privilege to be one of the midwives of my nation’s transformation.”

Similarly, the new constitution had flaws, but it was based on fundamental values, such as one person, one vote, and the dignity of the individual. “Apartheid was the opposite of dignity. Everything that apartheid was not, was put in,” Moseneke said.

Diversity was also important. The Afrikaners of Dutch extraction had been in the country since 1652 and were still to be citizens.

“Three and a half centuries should accrue to anyone’s favor to qualify for citizenship,” he said.

Moseneke admitted that the great shortcoming of the revolution was “we didn’t ask the ‘how’ question,” in particular, how to address the great economic inequality in the country. They did not think about achieving land justice or giving blacks access to production.

“The economy remained in white hands,” he said.

Even though the apartheid government chose to settle, the new government did not know how to cut a deal about the economy, he said. The businesses were needed to run to supply taxes.

“How do you unscramble the egg? How do you negotiate economic equality?” he said.

Moseneke served on the South African Constitutional Court, helping to establish anti-corruption laws, affirmative action, and socio-economic legal rights. He helped build the institution into “a bulwark for the people.”

South Africa is still struggling, as many of the leaders of the revolution fell into corruption themselves. “They quickly forgot where they came from,” he said.

Moseneke is in residence at Duke for the spring semester as a Rubenstein Fellow. He is co-teaching a class at the Sanford School, will be the subject of a Rutherfurd Living History interview, and working on his second memoir about his time in judicial office. 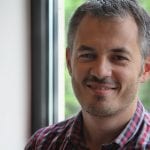 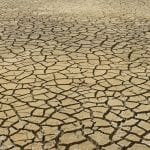 Next:
3 Takeaways for Development Policy Students From IPBES Report