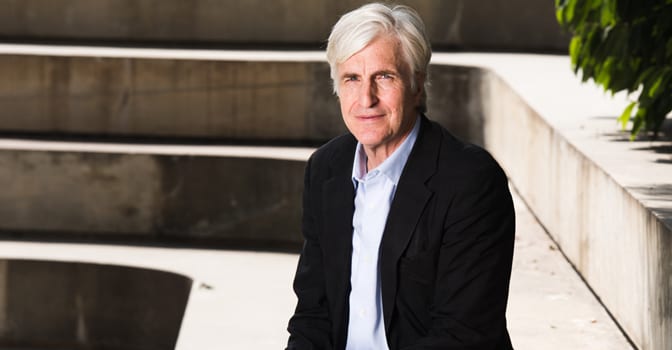 With the support of the Ford Foundation, human rights lawyer David Tolbert will spend nine months at Duke University as a visiting scholar at the Sanford School of Public Policy. Tolbert will come to Duke on February 1st as he steps away from his position as the president of the International Center for Transitional Justice (ICTJ), a human rights organization focused on accountability and transitional justice. He will based at the Duke Center for International Development.

Transitional justice refers to a system of judicial and non-judicial interventions, such as prosecutions, reparations, and policy reforms, all centering the dignity and experiences of victims of human rights violations.  Beyond individual redress, transitional justice takes into account the profound damage that human rights violations can cause to societies and their political and legal institutions. Advocates for transitional justice aim to restore confidence and resilience at both the individual and community level, working to address the underlying causes of conflict and marginalization in order to prevent atrocities from happening again in the future.

Tolbert has worked overseas for much of his career, including nine years at the United Nations Yugoslavia Tribunal where he oversaw an office of 400 international prosecutors and investigators. Tolbert also served as the Registrar of the Special Tribunal for Lebanon and as Assistant Secretary-General and the UN Secretary-General’s Special Expert on the Khmer Rouge Trials.

In 2008, Tolbert was awarded the Jennings Randolph Senior Fellowship at the United States Institute of Peace (USIP), during which he researched and published several articles, along with a report on the Bosnian State Court that led to important reforms in that institution.

Tolbert has written dozens of scholarly articles and book chapters over the last three decades. In 2016, he contributed to a collection of essays edited by Robin Kirk, who co-directs the Duke Human Rights Center. The essays examine Argentina’s response to human rights abuses by the military dictatorship in that country from 1976-1983. Tolbert also writes op-eds for wider public audience and regularly appears in the Huffington Post.

At Duke, Tolbert will focus on three interrelated policy issues within international justice: how to improve the effectiveness and impact of the International Criminal Court, how learning from international transitional justice efforts might be applied to racial injustice in the United States, and how to respond to emerging challenges to the promotion of human rights in an era of populism.

Tolbert chose the Sanford School of Public Policy because of the school’s excellent reputation and its mission to discover and promote innovative policy solutions to the world’s most pressing challenges.

“As the leader of a high-profile NGO and earlier of leading international organizations,” says Tolbert, “I have often felt that the important questions that face practitioners and policy makers alike are left aside, and little attention is devoted to addressing the deeper questions underlying the challenges of today and tomorrow.  I think it is important to reflect on these problems more systematically and to forge stronger links to those working on policy, as well as activists, to address the emerging issues that we are facing and will face.”

At Sanford, he will spend most of his time on research and writing, and will be engaging faculty and students through the Wednesday Faculty Seminars and other small group events. Tolbert will be based at the Duke Center for International Development (DCID) at Sanford, working closely with Professor Emeritus Francis Lethem and Professor Catherine Admay, who teaches human rights courses in the Master’s program at DCID.

Admay welcomed Tolbert this week: “We are thrilled to have such a prominent colleague here for the next nine months. Duke and our surrounding community will benefit greatly from having David Tolbert here engaging in meaningful research and scholarship on human rights.”  Lethem and Admay will be facilitating Tolbert’s initial introductions to faculty at Sanford and across the campus.