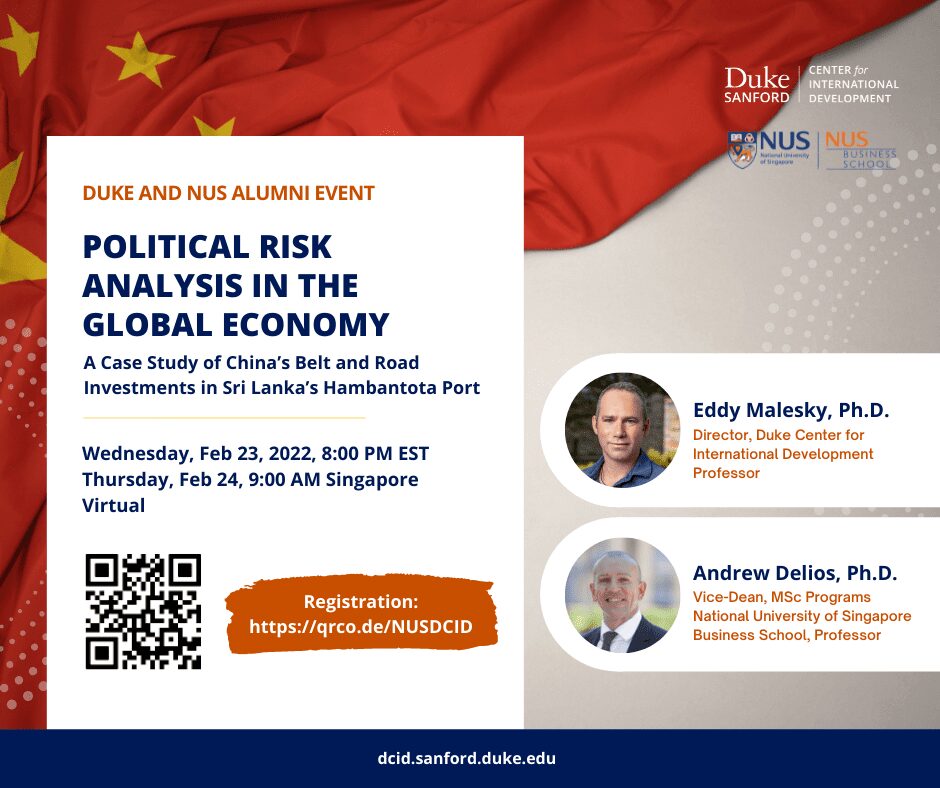 Pre-registration is required. Participants will receive a link to the case study prior to the virtual event.

Andrew Delios is professor and vice dean of the Master of Science program at NUS Business School. He was head of the Department of Strategy and Policy at NUS for 8 years. His research looks at strategy, governance and global competition in emerging economies, with a particular focus on international business issues for companies operating in East and Southeast Asia. Andrew has authored more than 100 journal articles, case studies and book chapters, as well as six books. He has been an Editor for several leading journals. Andrew has worked and lived in Asia for 25 years, including three years in Hong Kong and two in Japan.  He has also worked in Australia, Canada, China, Finland, India, Mexico, Myanmar, New Zealand, the Philippines, Sweden, Thailand, Vietnam and the United States. At NUS, he has taught in numerous programs, including executive programs and the Executive MBA program in Australia, India, the Philippines, Singapore, Thailand and Vietnam.

Eddy Malesky is director of the Duke Center for International Development and a professor of Political Economy in the Political Science Department at Duke University. He is a noted specialist in economic development, authoritarian institutions, and comparative political economy in Vietnam. In 2019, he was elected Chair of the Southeast Asia Research Group (SEAREG) Council.

Since 2014, Malesky has been a member of the board of the International Political Economy Society (IPES). He also serves on the editorial boards of several publications, including the Journal of Politics, Comparative Political Studies, and the Journal of East Asian Studies. In 2012, he received a state medal from the Government of Vietnam for my role in promoting economic development for USAID’s Vietnam Provincial Competitiveness Index. In 2013, Malesky was appointed by President Obama to serve on the board of the Vietnam Education Foundation. He has published extensively in leading political science and economic journals and have received several academic awards including the Harvard Academy Fellowship (2004-2005; 2007-2008) and the Rockefeller Bellagio Residency Fellowship (2014).