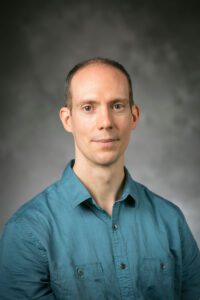 Rob Fetter is an economist with research at the intersection of energy, environment, and development. One of his research streams examines the economic drivers and impacts of global energy transitions, including access to modern, reliable, and sustainable energy in low- and middle-income countries in Africa and Asia. Within this stream, he has a particular focus on human capital development, the role of energy access for healthcare, and the value of “big data” tools to facilitate electrification planning and implementation. Another research stream addresses the interplay between private and public governance (primarily environmental governance), such as how firms respond to non-traditional regulatory or pseudo-regulatory mechanisms imposed by state and non-state actors. He has traveled extensively in Latin America, East Africa, and China, and has conducted fieldwork in India, Ecuador, Zambia, and Palau. He holds an M.S. from the Yale School of the Environment and a Ph.D. from Duke.

Rob previously worked at the James E. Rogers Energy Access Project at the Nicholas Institute for Environmental Policy Solutions, and also co-founded Equitable Origin, where he created an independent, stakeholder-based certification standard for responsibly sourced energy. He is a Principal Consultant at Environmental Resources Management, where he assists large and small corporations to transition to a low-carbon energy future, and to set and meet science-based sustainability commitments.