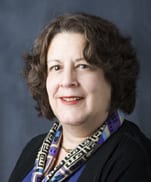 Phyllis Pomerantz is Professor of the Practice of Public Policy at the Center for International Development at the Sanford School of Public Policy, Duke University, where she teaches graduate seminars on themes related to aid effectiveness, global poverty reduction, leadership, and governance.

Pomerantz started working for the World Bank in 1979 as an economist and rural development specialist in the Latin America and Caribbean region. She subsequently held a series of managerial positions, including Chief of Brazil Agriculture (1989-1992), Chief of Infrastructure Operations in Southern Africa (1992-1994), and Country Manager and Country Director of Zambia and Mozambique (1994-2000). Pomerantz became the World Bank’s first Chief Learning Officer in 2001, a position she held until September 2005 when she retired.

Prior to joining the World Bank, Pomerantz served as an Assistant Professor of Political Science at Hartwick College, a lecturer at Tufts University and a Research Associate at the Pontifical Catholic University of Peru. While at the World Bank, she was an Adjunct Professor at Johns Hopkins School of Advanced International Studies (SAIS).

Her current research interests are centered on aid effectiveness, governance, and global public goods and programs. Selected publications include “Development Theory” in The Sage Handbook on Governance, Mark Bevir (ed) (London: Sage, 2011);”>Aid Effectiveness in Africa: Developing Trust Between Donors and Governments (Lexington Books, 2004) and “A Little Luck and A Lot of Trust: Aid Relationships and Reform in Southern Africa” in At the Frontlines of Development: Reflections from the World Bank (World Bank, 2005).