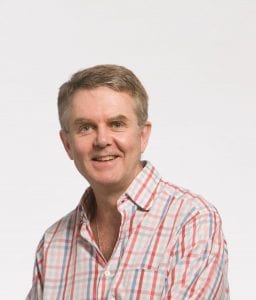 Thomas’ research interests focus on population health and development. His work delves inside the black box of the family to provide empirical evidence on how resources are allocated within families in very low resource environments and highlights the role of female empowerment in improving the well-being of the next generation. Understanding the mechanisms that explain why healthier people are richer is a theme that runs through much of his research. He implemented a large-scale randomized intervention in Indonesia and established the causal impact of poor nutrition on economic prosperity among adults. Related research examines the impact of unanticipated financial shocks in Indonesia, Russia and the United States on health and well-being. The immediate and longer-term impact of the 2004 Indian Ocean tsunami on a broad array of indicators of well-being are explored to identify the behaviors and coping mechanisms that are most effective in the aftermath of a devastating disaster.

Thomas has invested heavily in the design and implementation of large-scale population-based longitudinal surveys that contribute to the information infrastructure for scientific research. This includes co-directing waves of the Indonesia Family Life Survey (IFLS) and Mexican Family Life Survey (MxFLS). His work has emphasized measurement of health using biomarkers, innovative measurement of economic status and preferences and the importance of minimizing attrition in longitudinal surveys. This includes following migrants who were interviewed in Mexico and have subsequently been interviewed in both the U.S. and Mexico to better understand the causes and consequences of international migration.

Thomas’ research has been supported by the National Institutes of Health, National Science Foundation, Hewlett Foundation, MacArthur Foundation and the World Bank. His work has been published in such journals as the American Economic Review, Journal of Political Economy, Economic Journal, Journal of the Royal Statistical Society, Demography, Population Studies and the American Journal of Public Health. He was elected Vice President of the Population Association of America and has served on its Board of Directors. He is an elected Fellow of the Bureau for Research on the Economic Analysis of Development (BREAD) and has served as its President. He directs the Development Program at the National Bureau of Economic Research. He has served on the Board of Scientific Counselors at the National Center for Health Statistics and on the Committee on Population at the National Academy of Sciences. He has been a co-editor of the Journal of Development Economics, the Journal of Human Resources and Economic Development and Cultural Change. He is on the editorial board of the American Economic Journal-Applied Economics and the Economics of Human Biology.