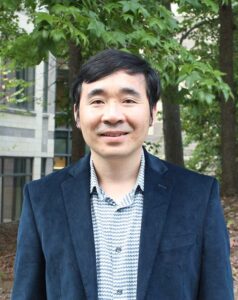 Bui Hai Thiem is a Fulbright Visiting Scholar at the Duke Center for International Development. He is director of the Research Project Management Unit and member of the Research Council at the Institute for Legislative Studies, National Assembly Standing Committee of Vietnam. He is also a member and secretary of the Research Council on Philosophy, Political Science, and Sociology at the National Foundation for Science and Technology Development (NAFOSTED) under the Vietnamese Ministry of Science and Technology.

He holds a PhD in political science at the University of Queensland (UQ), Australia, an MA in International Studies from SOAS, University of London, and a BA in International Relations from Diplomatic Academy of Vietnam. His research focuses on civil society, constitutional politics, human rights, and electoral governance in Vietnam and has been published on a number of prestigious scholarly peer-reviewed journals. He was a visiting researcher at the Norwegian Centre for Human Rights, University of Oslo in 2012, an Australian Leadership Award Scholar 2011-2015, British Chevening Scholar 2004-2005, an Asia Foundation Development Fellow in 2014, YSEALI Professional Fellow at the Bipartisan Policy Center in Washington DC in 2015. He has received many research grants and has been a speaker and panelist at various international and domestic conferences and workshops. He has been an interviewer for the British FCO Chevening Scholarship and the Australian Government Awards Scholarship in Vietnam since 2016. He has been teaching various courses on development studies, public policy, constitution, human rights at Hanoi University, Hanoi Law University, Vietnam-Japan University (VNU), Diplomatic Academy of Vietnam, Academy of Journalism in Hanoi.