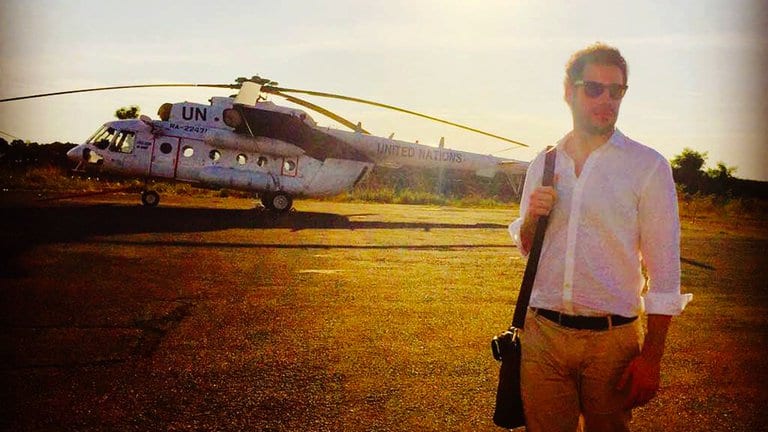 Logioco says anyone concerned about economic and social welfare, democratic governance, and conflict prevention should work to “build back better” in the post-COVID era, especially when it comes to violence against girls and women, injustices facing indigenous populations, and structural inequality.

Bautista Logioco (MIDP ‘04, Rotary Peace Fellow, Argentina), was recently elected to the Board of Directors of the Rotary Peace Fellowship Alumni Association and currently works as an independent consultant on conflict prevention and peacebuilding with UN Women and the UN PeaceBuilding Fund among other organizations. A lawyer by practice, Logioco found that the adversarial method of conflict resolution carried out in the courtroom did not bring about the kind of reconciliation needed for a future relationship.

“Conflict is something natural but the way we address it and we stand in front of conflict is what we need to transform.” This desire for meaningful conflict resolution through open dialogue led Logioco to alternative dispute resolution methods (ADR). The Rotary Peace Fellowship Program enabled Logioco to enroll in the MIDP (then called PIDP) program at DCID.

Logioco came into the program seeing international development as inseparable from the field of conflict prevention. “Sustainable development plays a critical role in both preventing conflict and preventing recurrence into conflict when you manage to get it right after a conflict… The program gave me tools on economics which I wasn’t great at, and policy analysis, and conflict analysis, and managing the project cycle. It was really useful in helping me shape a series of complementary skills and knowledge that I did not have at the moment.”

Commenting on his master’s project in MIDP, Logioco remembers “For me it was like the cherry to the pie in my masters program in the sense that it made me get my first foot into the intergovernmental world.” Logioco worked with the Bureau for Crisis Prevention and Recovery in UNDP. This masters project, focused on “How to Mainstream Conflict Prevention in UNDP’s Policies and Programs,” put Logioco on the cutting edge of developments in the field of conflict prevention. It also led to his first job with the Organization of American States.

After finishing the MIDP program, Logioco moved into a one-bedroom apartment in Washington D.C. with two other alumni. “I was the last of the three to find a job which made me a bit frustrated but this is something students should know not to panic because it eventually happens.” While in an interview set up by another MIDP alumnus, Logioco “was running out of things to tell her to make her slightly interested in what I was offering until” he brought up his masters project, which fit exactly what the interviewer was looking for. This led to his first contract with the OAS, giving him the chance to enter the field of conflict resolution on the international stage where he has been ever since.

Logioco recalls how professors such as Natalia Mirovitskaya, Cory Krupp, and Rosemary Fernholz brought conflict and development together. This combination opened the door to structural conflict prevention that promotes the status of marginalized populations as a crucial factor.

“At the same level as the high academic standards which includes teachers and contents, I would place the network that was born sixteen years ago and which is still my network. Those people I can still refer to if I need a job or if I have a question on anything humanitarian, development, or conflict related.” Logioco attributes the strength of the bonds between MIDP alumni to Durham. “It forces you to be together and to spend time together in a very relaxing, green, nature led environment.”

Talking about the Rotary Peace Fellowship, Logioco stressed the benefit of the connections he formed with people both at Duke and the University of North Carolina. “UNC is a totally different environment and the cross-fertilization between both is really great. These people are my family.” The alumni network gives Logioco connections in OCHA, the UN department of political and peacebuilding affairs (DPPA), the World Bank, and USIP, among many others. “It’s a network or leaders who happen to be friends. The network that comes out of it is as important as the teachers and the content. Those three things gave me the career I had always wanted and allowed me to shape my career the way I wanted.”

“Being an independent consultant means freedom but it also means a much higher level of exposure. It positions me as a relevant actor working on conflict in my country and in the region. And I know I can do this also because of the networks I have. Duke was the basis for that.” Now Logioco finds himself working on gender responsive peacebuilding in Latin America. “A stronger gender lens – with special attention to the differentiated impact of conflict factors on women, men and diverse minorities as well as to how social norms based on gender can generate or perpetuate those factors – is critical for sound conflict and policy analysis. It’s really part of the structural inequalities we face everywhere.”

“A stronger gender lens – with special attention to the differentiated impact of conflict factors on women, men and diverse minorities as well as to how social norms based on gender can generate or perpetuate those factors – is critical for sound conflict and policy analysis. It’s really part of the structural inequalities we face everywhere.”

Logioco spoke of the impact of COVID-19 he has seen in his work and in Latin America. “If you look at the last quarter at the end of 2019, you have a series of crises coming up in different countries linked to structural inequalities one way or another triggered by something. Big crises of governance, big ruptures of social contracts amongst our societies, and what you have now is that COVID has deepened the inequalities. It brings more people beneath the poverty line, it builds up more hunger literally, and at the same time you have people really not happy with democracies and democratic institutions. That is a recipe for disaster if we don’t manage to address these and other critical factors immediately.”

He urges anyone concerned about economic and social welfare, democratic governance, and conflict prevention to pay close attention to the ways that the pre-COVID structures cannot be brought back the same way as before. We must “build back better.” No area of life has been entirely spared by COVID. Logioco points to increases in violence against girls and women, particularly domestic violence, and injustice toward indigenous populations which cannot be ignored if we want to bring about truly sustainable development.

Despite COVID, Logioco has been pleasantly surprised by the way dialogue has continued despite necessary social distancing measures. Commenting on the shift to virtual/remote working, “I think we’re making peace with technology. It’s not the same, but it’s not as bad as I thought it was going to be. I think as humanity we have the capacity to adjust and adapt. I think that’s what we’re all trying to do. We need to be mindful that there are people that simply will not be able to do that because they don’t have the resources, they don’t have access to technology. What can we do to be close to those people and try to help change that reality while we try to come out of one of the worst crises we have gone through?” 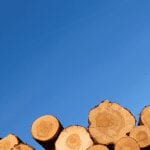