An Advocate for Education & Knowledge 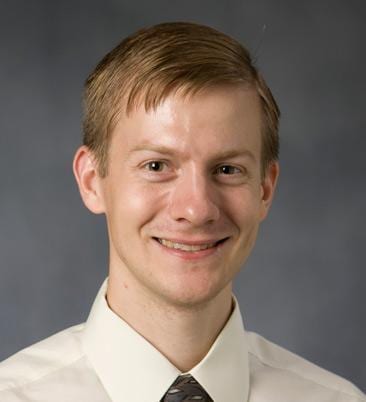 Marc Jeuland serves as an Associate Professor in the Sanford School of Public Policy with a joint appointment in the Duke Global Health Institute. His passion for the development community is intense, and like many faculty at Sanford, it did not start in academia.

“I became interested in development as a Peace Corps Volunteer in Mali,” Jeuland said. “Like many volunteers, I was very idealistic and thought that I could surely do some good simply by volunteering. I realized that the world and development problems were complicated by institutional challenges of various types that could only be tackled through careful, context-sensitive thinking about institutions.”

As an academic, Jeuland regularly applies such thinking to his research projects. Currently he is primarily focused on factors contributing to energy poverty in low-income countries as well as examining the impacts of modern energy services being recently extended to the global poor. The work heavily relies on modeling studies and extends from his own exprertise and training as an applied economist with significant modelling skills. Coupled with many of his other responsibilities as an occasional instructor at DCID, it makes for a very exciting schedule.

“Depending on the semester, I may or may not be teaching, and teaching days have a very different rhythm from other days,” Jeuland mentioned. “I try to stack my teaching, office hours, faculty meetings, and advising tasks as much as possible, but there are inevitably advising meetings on the off days. Those are where I try to focus on research tasks: a mix of research project management, meeting with research assistants, and analytical work or writing.”

Even though he thoroughly enjoys the interactions he regularly has with students and other researchers, Jeuland admits that he is very much an introvert. For this reason, he highly values his individual work time and actively protects it.

“Oh, and on a typical day, I squeeze in a run, either at the beginning of the day in the early morning, or late afternoon before it gets dark,” he added. “This keeps me sane.”

“[Nationalism and global inequality] are interconnected for sure, because nationalism is in part the result of the rise of inequality within countries, and flows of migrants across borders are linked to insufficient economic opportunity in sending countries,” Jeuland said. “Climate change, meanwhile, is set to wreak havoc on the planet and on the social fabric of society, through a dizzying array of mechanisms that will accelerate over the coming century unless we act quickly. These myriad challenges frighten me.”

Jeuland believes in the power of education and knowledge to produce the informed and courageous leadership required to remedy such issues.

“We need forward-looking leadership to address these problems that is willing to pay a political price to advance the long-term well-being of humanity,” Jeuland exclaimed. “Solutions to climate change, dispersion of nationalist forces, and work to address inequality all offer limited benefits to politicians who seek short-term advantage.”

Students participating in the MIDP program are the leaders he is looking to take a stand in the near future.

“MIDP students can play a role immediately, and later in their careers when they become the leaders,” Jeuland said. 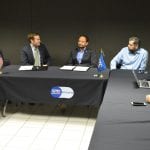