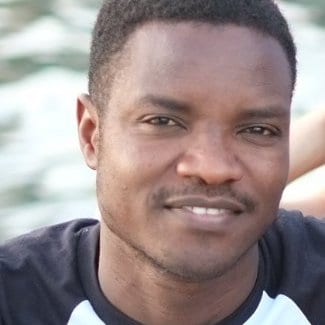 Abu Sufian Elbanan Hassan MIDP’13 was studying to become a veterinarian in Khartoum, Sudan, when he began volunteering with a local community development association. It was 2004, toward the end of the country’s brutal civil war in South Sudan and the beginning of another conflict in the region of Darfur. Hassan was one of many who felt compelled to be part of the solution.

“There are so many issues affecting Sudan,” he said. “To see people dying of preventable diseases, and really struggling to get basic things like water and health care, these are the things that brought us together and united us.”

He returned to Sudan energized – and committed to dedicating his life and career to development. He teamed with colleagues to create Youth without Borders, an organization that provided a public space where youth could find and share information about what was happening in the country. In the wake of the Darfur conflict, it also provided a place to link youth living in the city with those in nearby refugee camps.

“It was amazing to see the level of participation from youth from all over the region,” he said. “It was so rewarding to see something that was done not by the government or the elders, but by young people.”

On a plane back to Sudan in 2005, he met someone who worked for an organization called Solidarites International, which provides emergency aid after conflicts and natural disasters. Hassan immediately joined the organization, where he spent a year testing water in Darfur to ensure it was fit for consumption.

He later joined DAI (formerly Development Alternatives Inc.) as a grants manager, and was quickly promoted to program development officer, where he helped implement a USAID-funded project supporting the Darfur peace agreement. He also worked on a project designed to prevent violence against women.

“Women in the refugee camps were often assaulted when they went to gather firewood to sell in the market,” he said. “The program provided other income-generating activities such as sewing, weaving and pottery.”

Although Hassan enjoyed his work, he knew he needed an advanced degree if he wanted to go further. After earning a Rotary Peace Fellowship, he enrolled in Duke’s Master of International Development Policy program in 2011.

“It was exactly what I need for my future career,” he said. “Development isn’t a linear discipline; it requires a lot of critical thinking. This program positioned me to understand both the theories and the dynamics in the field.”

After graduation, he set off to Washington, D.C. in search of a job with his dream organization – the United States Agency for International Development (USAID).

“What I love most is that the staff drive the development of programs,” he said. “They have the space to shape the strategy based on what they see on the ground and what they see is good for their country.”

A year later he landed a job as transition adviser for a USAID program in Libya. It was soon after the revolution, and the program focused on building the capacity of civil society and promoting community cohesion.

Around the time Hassan was promoted to senior transition adviser, the United Nations had helped establish an interim government for the country. However, the local population knew little about it and viewed it with suspicion. USAID created a program to educate Libyans about the new government, engage them in the transition, and give them a platform to voice their concerns.

Because of the absence of a permanent national government, many responsibilities shifted to local actors such as municipal councils.

“They lacked the capacity to deliver services and were not really connected to national government,” Hassan said. “We supported councils across the country to strengthen the linkages between local constituencies and the national-level actors.”

These linkages led to the repair of roads and schools, as well as the construction of multi-purpose community centers. Perhaps more importantly, Hassan said, these projects facilitated the participatory process and increased confidence in local government.

“It gave the community the feeling that these projects were guided by them, not pushed on them,” Hassan said.

The situation in the country deteriorated in 2015, and Hassan and his team evacuated to Tunisia, where they spent two years managing the program remotely.

Hassan recently moved back to the U.S. and is pursuing citizenship. He plans to continue to work with USAID to help his home country achieve unity and stability.

Although he was disappointed when Sudan split into two countries in 2011, he recognizes that it was something the people voted on and that they have the power to shape their countries as they choose.

“I’m still hopeful about the future,” he said. “The lessons learned from our past failures will better place us to steer Sudan in a different and successful direction.”